Steel Panther have released the new video below, stating: “When Michael and Stix enter the mancave, you know it’s about to get Dadtastic* up in here. Ready for another episode of Who’s Your Daddy(‘s Jokes)??!”

Watch the first five episodes of Who’s Your Daddy(‘s Jokes) below:

Steel Panther’s sixth studio album, On The Prowl, will be available worldwide on February 24.

On The Prowl was produced by Steel Panther and is now available for pre-order in multiple configurations including CD, Cassette, and 2 different color variant vinyl records, here.

From the opening synth intro of “Never Too Late (To Get Some Pu**y Tonight)” to the thunderous outro of “Sleeping On The Rollaway,” Steel Panther is back with the infectious riffs, pounding drums, unforgettable vocals alongside the witty humor that has earned them a global audience. Songs like “On Your Instagram,” “Magical Vagina” and “One Pump Chump” are sure to fit in on the biggest live stages next to the band’s most-memorable songs. “1987” is an incredible retro look at that unforgettable year and the band even slows things down on the reflective “Ain’t Dead Yet.” 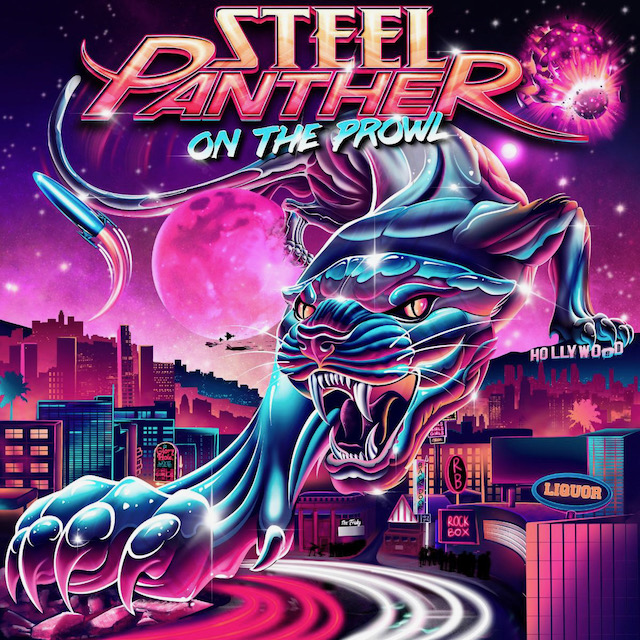 On The Prowl tracklisting:

“Never Too Late (To Get Some Pu**y Tonight)”

“Put My Money Where Your Mouth Is”

“All That And More”

“Sleeping On The Rollaway”

“Never Too Late (To Get Some Pussy Tonight)” video:

Steel Panther recently announced a massive world tour. The On The Prowl World Tour 2023 is set to kick off in February and will run throughout North America through April. Crobot and Tragedy will be joining the band on the North American tour.

Additional Information on all ticket and VIP packages including meet and greets, exclusive merch items, early entry and more for the On The Prowl World Tour 2023 can be found here. 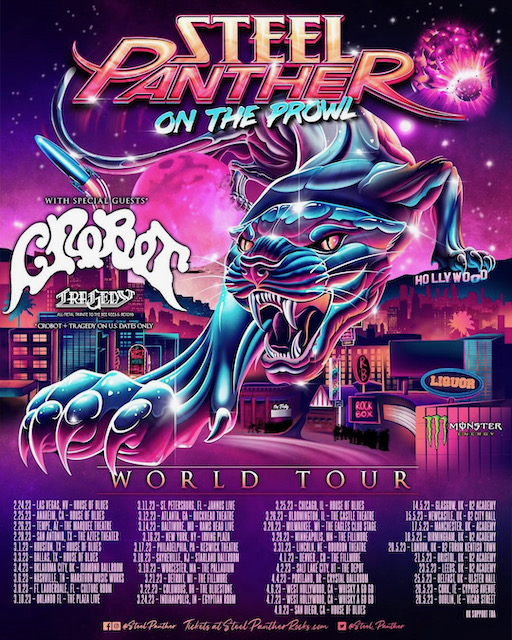