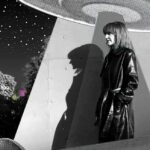 The New Smu: The best new artists in my inbox this month

Discovering great new artists is one of the most exciting things about music for me. If you don’t champion the stuff you love, you can’t complain when you only hear the shit you hate on the radio.

There is an endless and thrilling sea of music out there, but it can be bewilderingly vast and not without peril. You have to kiss a lot of frogs before you meet an artist formerly known as Prince. In this monthly review, I will be highlighting some of the most interesting releases I have heard by new and unsigned artists, wading through the audio slush pile so you don’t have to.

A genuinely unique gem of a track that mixes harmonic melodies, catchy lyrics and funky beats to create a genre-less sound of its own. In a righteous universe it should indeed be a great big hit. Taken from the recently released album All Hail Hyperion, which I would also encourage you to give a listen, it’s an energising and unusually fantastical ride.

A mournful and tender duet that builds slowly and cautiously. Gradually opening itself up as the song progresses it concludes with a swelling, harmonised ending that feels satisfyingly honest and emotive.

Described as the ‘soundtrack to my exit from Christianity’ Slide is an instantly engaging combination of jangly guitars, laid back folksy vocals and caustic, dense lyrics. The track peaks with an unexpectedly retro-pop, call-back chant drenched in saccharine la-la-la-las. Reminiscent, in its later moments, of The Dandy Warhols Not If You Were the Last Junkie on Earth it cheekily warns against the vice-like grip of the more fervent arm of Scottish faith.

“Joining is easy! The hard part is leaving!”

Grunge tinged rock-pop with the kind of dramatic, soaring chorus that makes you want to set your bed on fire while you dance to it.

Gothic electro-rock with a melodic, driving urgency reminiscent of The Killers and the better parts of U2. Earworm mood music for walking in the rain late at night to.

It’s hard to know where shlock pastiche comedy ends and earnest garage punk begins in this innuendo drenched homage to the centerfolds of days gone by. The end result, however, is a strangely charming and entertaining mess that piqued my interest for more.

Single of the month

A catchy as hell chorus soaked in louche, 80s lounge funk. A rare mixture of smooth chic and sexy grit with a hedonistic, boozy wink. Perfectly topped off by lyrics that come across like an updated, bar room gigolo take on Big Spender, where champagne is substituted for Amstel.

Video of the month

This elegant mixture of Beatles-eque melody and the gentler end of Bowie / Bolan glam could easily veer into ELO territory, but instead retains a coolness, underscored by Ziemba’s cut glass clear vocals, that roots it firmly in art school chic.  Effortlessly striking in its simplicity, this is billed as a lyric video but has an iconic, timeless feel that fits the song perfectly and elevates it in all the right ways.

If you would like to submit your music to be included in a future edition of The New Smu please email me at susan@thesmureviews.co.uk and include a link to your track. I don’t care if you have 25k followers or only your dog has heard it as long as it’s interesting, beautiful, weird or wonderful.

A playlist of songs featured here and in previous months can be found on Spotify and YouTube.

All words by Susan Sloan. More of her work for Louder Than War is available on her archive. Find her on Instagram as @thesmureviews and view Susan’s website here.