The Spy Who Came in from the Cold – film review

Adapted from the 1963 novel that catapulted John le Carré to the top of bestsellers lists, The Spy Who Came In from the Cold begins in Berlin on the Allied side of Checkpoint Charlie. A spy named Alec Leamas watches on as one of his agents attempts to defect to the West and is gunned down by East German border guards.

It’s immediately clear that this is about as far from the spy fantasies of James Bond as it’s possible to get. There are no outrageous stunts, no young women in bikinis or high-tech gadgets. Instead of a debonair tux, Richard Burton’s Alec Leamas favours a shabby mac. In his own words he is ‘a plain, simple, muddled, fatheaded human being’ and not an always sympathetic one.

Okay, there is some limited action and a beautiful female, but she dresses like a librarian. Actually, Nan Perry (Claire Bloom) is a librarian. Previously real-life lovers, Bloom and Burton also appeared onscreen together in Look Back in Anger six years earlier, when their affair came to an acrimonious end. Here Burton is no longer an angry young man, more a disillusioned middle-aged one. 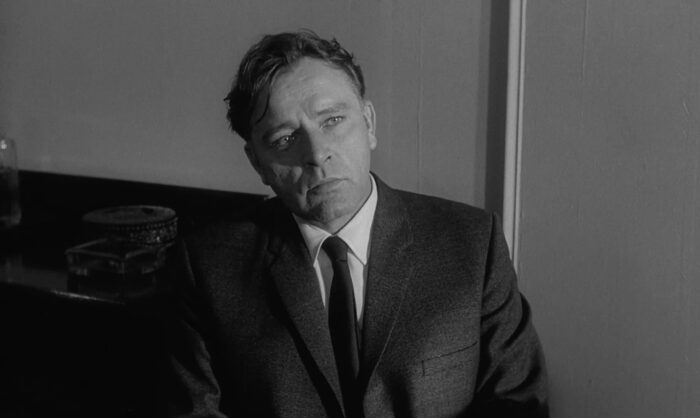 As naïve as he is cynical, Nan believes in a world of absolutes, failing to grasp the simple fact that political manipulation and dirty tricks are rife on both sides of the Iron Curtain. A committed member of the British Communist Party, she dreams of a bright future led by the very people that Leamas will soon be pretending to want to defect to in a bid to spread some damaging disinformation about a high-ranking East German intelligence analyst.

Nan is unaware when she first meets Leamas that his world is a ruthless one where nothing can be said without the suspicion that there’s an ulterior motive behind the words and where someone may be watching your every move. She thinks he is also a librarian. 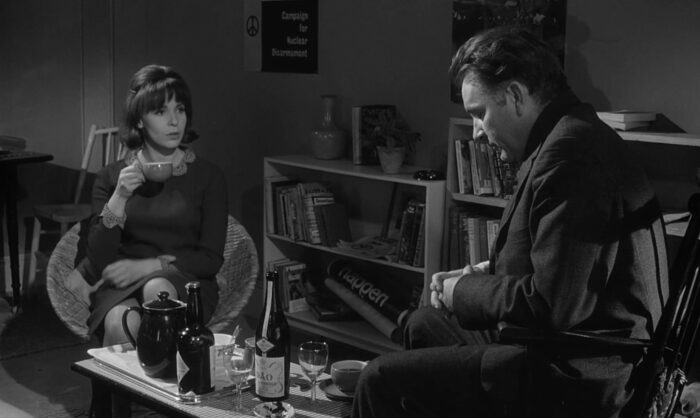 I’d guess that it’s best not to say too much about the plot, but I will warn you that this is a film that demands your full concentration. Director Martin Ritt isn’t a fan of spelling everything out for viewers and you’re never fully certain what the real plans of the secret service heads on either side are. My advice is to switch off your phone while watching.

Shot in black and white, the atmosphere reeks of a bleak authenticity. I swear I detected a whiff of stale beer in the pub where Leamas picks up a bottle of the hard stuff. The story is cleverly constructed, and Burton and Bloom are both superb. The rest of cast impress too, even those in relatively small roles. Oskar Werner’s Fiedler, a faithful communist bigwig who is disliked by his colleagues because of his Jewish heritage, being worth a special mention. My only gripe would be a minor one. There’s a fight scene in a corner shop where the punches clearly don’t connect.

Grim but engrossing and never predictable, The Spy Who Came in from the Cold was a box-office and critical success, winning 4 BAFTAs, while Burton received an Academy Award nomination for Best Actor in a Leading Role. The jury, though, mystifyingly thought it was a good idea to hand out the gong instead to Lee Marvin for his turn in Cat Ballou.

The Cold War has ended, but the film continues to resonate powerfully. Today, it is regularly cited as the best cinematic adaptation of a le Carré novel – the author himself praised the production highly – and it’s presented here by Eureka’s Masters of Cinema Series on Blu-ray for the first time in the UK.

Special features include a new audio commentary with film scholar Adrian Martin; a video essay by critic and filmmaker David Cairns and a collector’s booklet featuring a new essay by Richard Combs.

All words by Jamie Havlin. More writing by Jamie can be found at his Louder Than War author’s archive.