Vocalist Tim “Ripper” Owens (KK’s Priest, The Three Tremors, ex-Judas Priest) will perform live at The Outpost Concert Club in Kent, OH on Saturday, May 15th with Dark Secret, Offensive and Wide Eye Prophet. Doors open at 4:00pm, the show starts at 5:00pm. This is an All Ages event. Go to this location for event and ticket details. 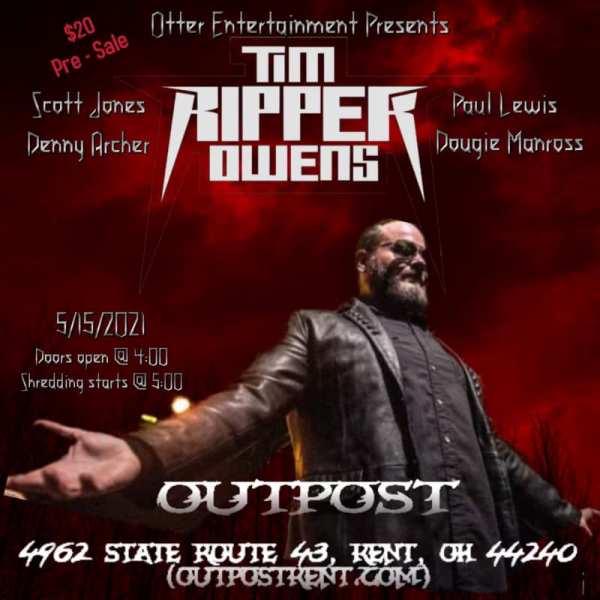 In September 2020, Owens revealed via Twitter that the forthcoming debut album from KK’s Priest, the new project from former Judas Priest guitarist K.K. Downing, was in the mixing phase.

Downing previously stated: “We are incredibly excited and totally ready for the launch of what we consider to be an exceptional and important record; we sincerely hope that you will agree!”