DEBORAH ROSS: I should hate it… but this icy horror story has me hooked

Friends, where are we this week with our television? The second episode of Bloodlands had THAT ending. Unforgotten’s latest cold case is warming up deliciously (this is the show I most look forward to all week).

Gregg Wallace has taken to sporting a pink waistcoat for the new series of MasterChef, which should, surely, have come with a trigger warning. (I am not of a nervous disposition but even I was: ‘Whoa. I should have been told.’)

Elsewhere, potters were pottering, landscape artists were landscape art-ing, vets were vetting, The Repair Shop was repairing, McDonald & Dodds returned for yet more silliness (see below) and there was The Terror.

The like of which I have never seen before. 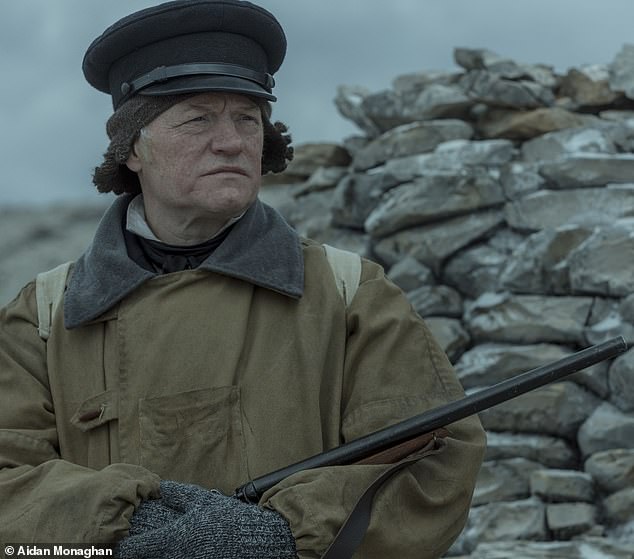 I read that it stars Jared Harris (above) and Ciarán Hinds, so that was two reasons to watch, right there, and Tobias Menzies, so that was a third

The Terror, on paper, sounds like everything I would hate. Masculine derring-do. Horror tropes. Thanks, but no thanks. But then I read that it stars Jared Harris and Ciarán Hinds, so that was two reasons to watch, right there, and Tobias Menzies, so that was a third, and if you stick with it, Greta Scacchi turns up, albeit briefly in flashbacks, which is a fourth.

This is masculine derring-do, and this is horror, but it all comes wrapped in top-notch prestige drama and that, I discovered, I can take.

It is loosely based on true events. In the mid-1800s two British ships undertook an ambitious voyage to the Arctic to find the Northwest Passage. The ships and crews never returned. 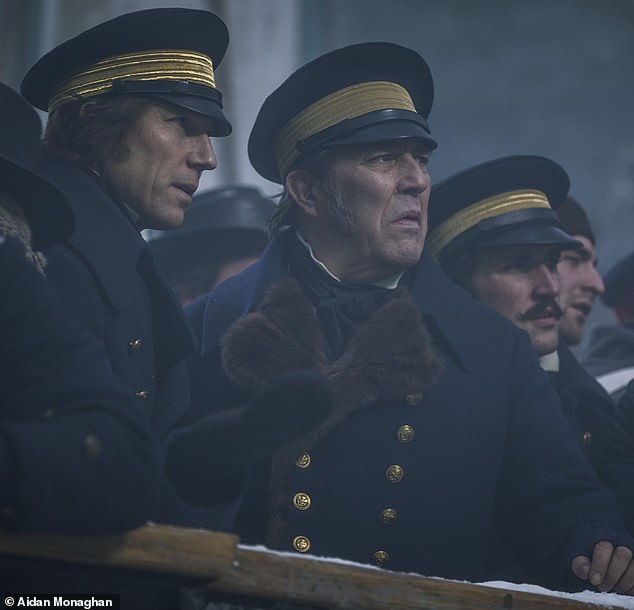 One of the main characters is Captain John Franklin (Hinds, above with Menzies), who is head of the expedition and helms Erebus

Exactly what happened was a mystery, but in his 2007 novel, Dan Simmons created a fictionalised account of what befell the men of HMS Erebus and HMS Terror, and that book became this series.

Erebus, by the way, is from the Greek and means ‘personification of darkness’, while Terror means, well, terror. You do wonder if nominative determinism also applies to ships.

Perhaps if they’d been called HMS Daffodil and HMS Puppy, there’d have been a sunnier outcome, but we’ll never know.

Or the cook? But bear with, bear with, as Miranda Hart would say, as they do become distinguishable.

The two main characters are clear from the off and they are Captain John Franklin (Hinds), who is head of the expedition and helms Erebus, and Captain Francis Crozier (Harris), who helms Terror.

Franklin is an optimist and God-loving, while Crozier is not so much. Crozier is a weary boozehound but smart. This could simply be a tremendous character study of a man who is out of his depth and doesn’t know it (Franklin), and the other man (Crozier) who does.

There’s also the third-in-command (Menzies), who possibly shares Crozier’s contempt. Not that any of this tension is spelled out. It is a slow, slow burn.

The production values are first-class. The ships creak and list and offer a real sense of claustrophobia. The sea, with its sheets of ice, looks like a terrifying skin disease. When the Erebus breaks a propeller, Franklin insists on forging ahead despite Crozier’s misgivings.

Big mistake. As we left it at the end of episode two both ships are stuck in the ice, with whiteness as far as the eye can see. And is there something out there? Is it the bear we think it is?

This is saturated in dread, and while ten parts seems rather long, I’m determined to find out where the ships get to. Or don’t.

The mismatched cops show McDonald & Dodds stars Jason Watkins as overly fussy, anorak-wearing Dodds and Tala Gouveia as his eye-rolling boss, McDonald. It’s set in Bath and their case, this week, involved a group of 1980s icons – played by Martin Kemp, Patsy Kensit, Rupert Graves and, good grief, Cathy Tyson – who take a trip in a hot-air balloon (laughable CGI), but when they return it’s discovered that the fifth person with them isn’t there.

There’s also an air-accident investigator played by Rob Brydon, so you can’t say everything wasn’t thrown at this, cast-wise.

I have heard it described as ‘likeable’ and ‘soothing’ and ‘perfect Sunday evening fare’, but much as I strain to accept and enjoy it for what it is, and I know exactly what it is, I can not.

It’s so formulaic it’s deadening. And at two hours a pop, it has the same running time as, say, Citizen Kane, although there the similarity does end. As for the killer’s motive, it was so wildly ridiculous and implausible, I felt deadened by that too – what is the point of investing if there’s no attempt to be credible? – plus, throughout I kept wanting to shout: ‘There are easier ways to get on the housing ladder, you know!’

It’s so annoying I am the opposite of soothed. I am unsoothed, you could say. If you love it, tell me why and I’ll try once more to understand. But as it stands, it just made me want to get back to those ships, as awful as they are.