The recently transformed FieldHouse provides a new and truly world-class venue that prioritizes health and safety and offers increased space and flexibility to host the Induction Ceremony in Cleveland as part of a multi-year partnership.

Fans can vote for their favorite Nominees now through April 30 at vote.rockhall.com. The top five artists, as selected by the public, will comprise a “fans’ ballot” that will be tallied along with the other ballots to select the 2021 Inductees will be honored on October 30, 2021 at Rocket Mortgage FieldHouse. Inductees will be announced in May 2021. 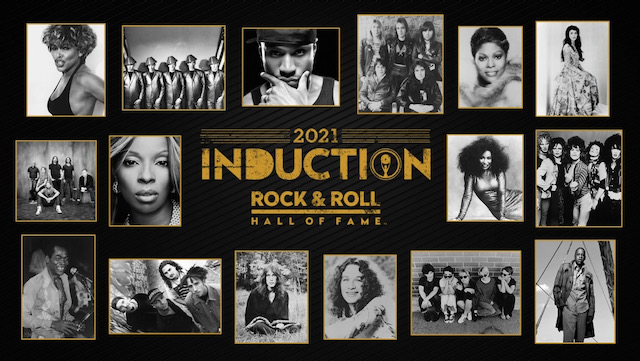 Regarding today’s news, the following said:

Frank G. Jackson, Mayor of Cleveland – “Cleveland is a major cultural destination and we always look forward to having the induction ceremony in our city every two years.” Mayor Frank G. Jackson.

Kevin Kelley, President of Cleveland City Council – “It’s an exciting step for this new and world-class venue that prioritizes health and safety to host the Induction Ceremony in Cleveland.”

Armond Budish, County Executive Cuyahoga County – “The Rock & Roll Hall Of Fame is a huge asset to the region. The Induction Ceremony creates immediate excitement and economic benefits in terms of supporting jobs and generating new revenue for the region, and the residual benefits live on a lot longer for our community. We look forward to its return and safely celebrating this year’s class.”

David Gilbert, President & CEO, Destination Cleveland and Greater Cleveland Sports Commission – “The Inductions provide a one-of-a-kind opportunity to showcase Cleveland as an incredible rock & roll destination city. Hosting the event generates incremental business for the tourism and hospitality industries, and the Inductions also illustrate Cleveland’s reputation as a welcoming, ‘come as you are’ city to visitors.”

Shaq Takes On Wrestling For AEW