DEBORAH ROSS: If anyone can find beauty by the M25, it’s hawk-eyed Helen

The Hidden Wilds Of The Motorway

So much recent TV has been harrowing. Netflix’s documentary on Jeffrey Epstein was harrowing. Athlete A (also Netflix), about the American gymnasts abused by their team doctor, was harrowing. Michaela Coel’s I May Destroy You (BBC1) is harrowing. 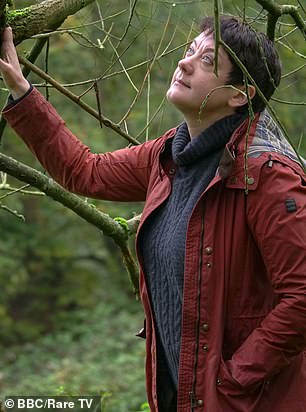 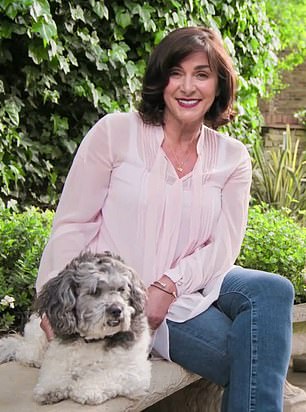 Road thrill: Helen Macdonald by the M25, and Shirley Ballas with Charlie in Celebrity Snoop Dogs

And Jamie Oliver is back with Jamie’s Quick And Easy Food (Channel 4). His aim, he said, is to ‘get you lot back into the kitchen’, which did make me wonder where he had been. ‘Jamie,’ I would wish to say to him, ‘these past four months, I haven’t been out of the kitchen. Jamie, I don’t even remember what the rest of the house looks like. Jamie, I only have one aim and it is to get out the kitchen and never return. Now, put that aubergine away.’ In short: I needed non-harrowing, but it also had to be non-familiar. So I settled for the M25 and dogs with cameras on their backs.

The Hidden Wilds Of The Motorway was presented by Helen Macdonald, the naturalist and writer best known for her memoir H Is For Hawk. Her brief was to travel the 117-mile loop that is the M25, to explore how the natural world has coped. ‘At first sight it’s a soulless corridor devoid of natural life,’ she said, ‘but I think I can find beauty.’

Good luck with that, I thought. But she was terrific. Indeed, her use of language is so literate and seductive – the slip of woodland near Junction 1 smells ‘winey and vinegary’, traffic noise is ‘a vast marine roar’, a valley is ‘glowing with golden October light’ – that I almost forgot the M25 is essentially the place you get stuck for three hours while trying not to cry.

This was at its best when it did not stray from the brief. I was particularly fascinated by the mosses that can grow on vertical concrete and, as we saw via a detour to London’s Natural History Museum, can be put in a cupboard for 50 years and then reanimated with a drop of water. Astonishing.

Meanwhile, foxes and deer have adjusted, as have birds, which have learnt to chirp louder to hear each other over that ‘marine roar’. There were streams and reservoirs and woodlands, and some very rude-looking fungi, but at a film-length 90 minutes this was too long and contained too much padding.

Did we really need to take in the house of writer J.G. Ballard, which is much nearer the M3 anyway? Or the Greater London Plan of 1944? Show me more moss! Also, I kept waiting to hear about the downsides. But while there was some mention of raptors struggling to find prey, that was about it, and no mention of pollution. Or what we’ve lost. It’s good that deer and foxes have adjusted, I was thinking, but how do their populations compare with those pre-M25? It was as if this had been made by some kind of M25 fan club. Macdonald concluded with: ‘This is a lesson in how wild places cannot only co-exist in our human world but thrive within them.’ I wasn’t as convinced.

Celebrity Snoop Dogs is one of those shows where someone came up with the title, took the rest of the week off to reward themselves for their brilliance, and then some poor bugger in the office had to make it work. This is Through The Keyhole, in effect, where you have to guess which celebrity lives in each house, but here we’re shown around by their dog wearing a GoPro camera. This way social distancing could be observed.

But the trouble is that GoPro footage from a dog’s back shows a lot of flappy ear action and then a lot of skirting board from where the animal has flopped on the kitchen floor. Luckily, other cameras seemed to be to hand – hang on, doesn’t that negate the format? Still, Charlie, the lhasa apso with the underbite, has to be the cutest dog ever, so there was that, which earned it one star. And the other? For the poor bugger who had to make this work. Or tried to, should we say.

Hamilton: Lin-Manuel Miranda reveals the line that ‘breaks’ him the most