The Luminaries is an adaptation of Eleanor Catton’s Man Booker prize-winning novel, set in New Zealand during the gold rush, and told here with so many time jumps, so frequently, that all your focus was on when something was happening rather than what was happening. Was she sewing the gold into the seams of her dress now, or then, or not yet? At the end of episode two, when our heroine whimpered, ‘What’s happening to me?’, I had only one answer for her and it was: ‘No idea, love. Totally baffled. Now, shall we call it a day and just all go home?’ 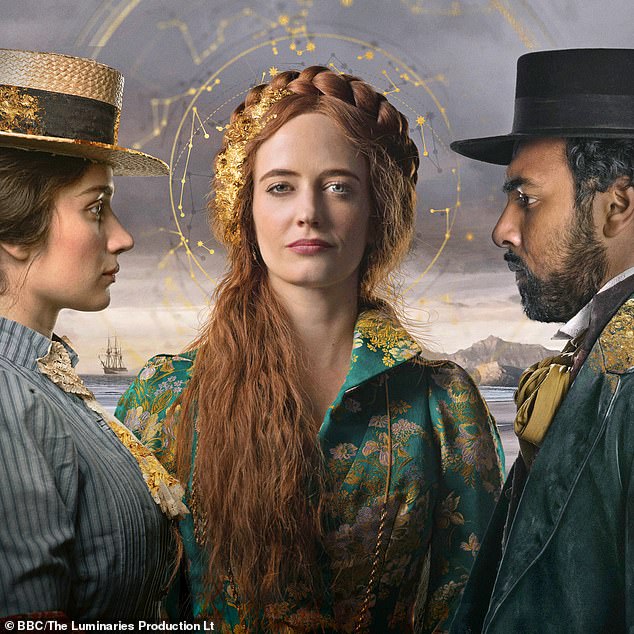 Eve Hewson, Eva Green and Himesh Patel in The Luminaries. The plot was also fragmented. A bit here. A bit there

This opened on a dark night with a full moon and waves crashing as a woman in a period dress ran, breathing heavily. Next, a gunshot and a man falling backwards, and the woman collapsing on the steps of a hut. Or I think that was the case. It was so dark I had to rewind and watch several times to make anything out. (At one point I took my screen under the bedclothes thinking that would make it better. It didn’t.) Then a time jump, back to when our heroine, Anna Wetherell (played by Eve ‘daughter of Bono’ Hewson), first arrived in New Zealand aboard a boat and, on her last morning, talked albatrosses and flirted on deck with fellow passenger Emery Staines (Himesh Patel).

There was zero chemistry to my mind, but we were meant to believe in an instant connection, particularly as it turns out they are ‘astral twins’ born on the same day at the same moment. (Tiresomely, everything seems to be infused with some kind of astrological meaning.) But three mysteries that may never be solved are: given that the journey was long and the ship small, how come they didn’t meet until their last moments on board?; why does she have no luggage?; as a young, single and, as we shall see, illiterate woman, how could she afford the passage? Oh well.

The two arrange to meet but are kept apart once Anna falls into the hands of villainous Lydia Wells (a super-camp Eva Green), the madame and fortune-teller and gambling saloon owner who will set Anna on her way to becoming an opium-using prostitute. (This can’t be considered a spoiler as a flash forward, flashing forward, told us this right at the beginning, before flashing back from flashing forward.)

The plot was also fragmented. A bit here. A bit there. Involving Lydia’s lover and Lydia’s husband, and the opium wars and a violent Chinese man and a politician and a judge, and the man who was shot but didn’t die, although a dead body does turn up, and then Anna is in chains, and then she isn’t, while she’s still kept apart from Emery, and now the signs of the zodiac are coming into play… Hard to know where to look. Hard to know what we should be interested in, why we might care, and what the hell was going on. It would be zero stars, I think, if it weren’t for Eve ‘daughter of Bono’ Hewson, who is a compelling screen presence and put me in mind of Emily Blunt. One other mystery, while we’re here: were there only two women in New Zealand in 1866? Because aside from Anna and Lydia there seemed to be no others. At all.

Back in the day I had Alan Bennett’s Talking Heads monologues (first broadcast on television in 1988 and then a second series in 1998) on cassette, which we’d play in the car on long journeys, because that’s the kind of fun-loving people we are. No I-Spy books or pub cricket for us. But I was actually quite obsessed with them, and was concerned they might not stand the test of time but, my God they do. Filmed during lockdown with a fresh cast, they’re as masterful, diamond-cut, powerful and painful as they ever were. Plus, Bennett has written two new ones, so that’s joy unconfined for fun-loving people like us. 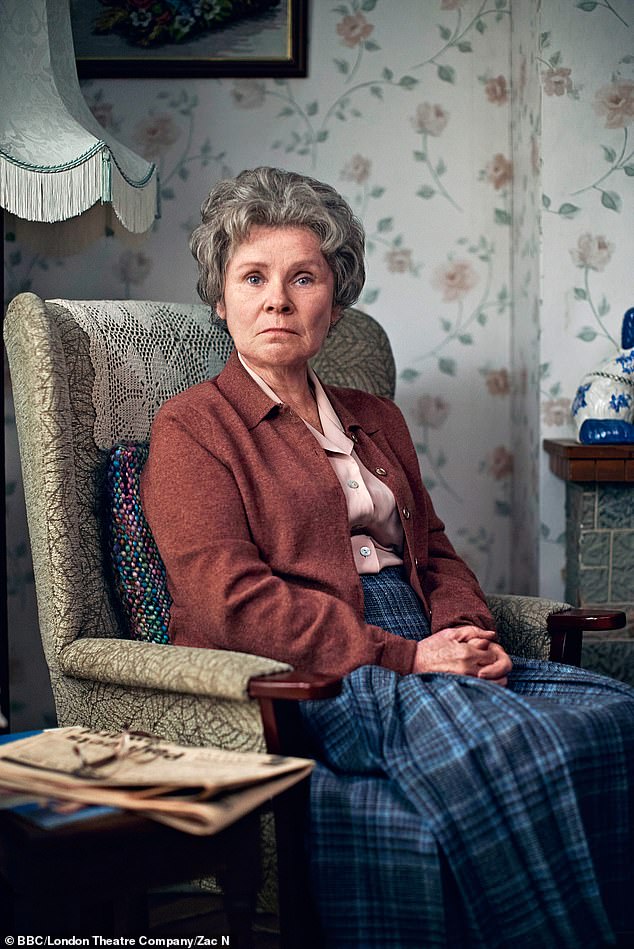 Imelda Staunton in Talking Heads. Staunton’s character Irene takes refuge from loneliness by believing herself to be morally superior

This week we had A Lady Of Letters (Imelda Staunton), Soldiering On (Harriet Walter) and one of the new ones, An Ordinary Woman (Sarah Lancashire). There are biscuits and cardigans, because there are always biscuits and cardigans with Bennett, but there is nothing winsome or genteel at the heart of these mini-dramas.

Staunton’s character Irene takes refuge from loneliness by believing herself to be morally superior, writing poison-pen letters, and bugger the consequences. (When she spits out ‘Leukaemia!’ I jolted now as I did all those years ago when listening in the car.)

Walter’s Muriel has suffered a drop in fortune and must come to terms with the truth about her son, her late husband and what happened to her daughter. As for Lancashire’s Gwen, she had developed a disturbing obsession with her teenage son.

In each instance the performances were amazing, needless to say, and it is all so cleverly constructed: as the narrator is telling one story, another is unfolding for us, the viewers. Also, they’re all told straight. Which, this week, was a blessed relief.

6ix9ine Promises New Single, Will Be Off House Arrest Soon