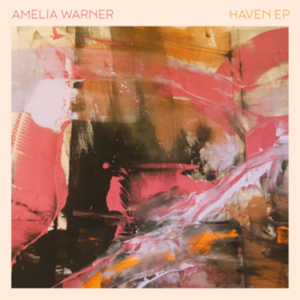 Most actors who try to be serious musicians usually crash and burn but Lorna Doone star Amelia Warner pulls it off on this haunting instrumental EP.

Anyone who has heard a Bruce Willis album, or Russell Crowe’s band, knows that most actors make pretty lousy musicians, but Amelia Warner is an exception to that rule.

Warner was a rising acting talent with roles in Mansfield Park and Lorna Doone, but in recent years the self-proclaimed introvert has been carving out a successful career as a singer and composer. She recorded a chart topping version of The Smiths’ Please, Please, Please Let Me Get Want I Want as Slow Moving Millie, and since then the talented pianist has ventured into soundtracks for movies like the Irish-American production Mary Shelley.

This five track instrumental EP was written during her third pregnancy, and was due to be recorded in a studio, but she was so ill she reassembled her band after the birth in the country house she shares with Jamie Dornan, who played kinky billionaire Christian Grey in the 50 Shades franchise.

The intimacy and immediacy of doing it at home actually infuses the whole record as the slow and haunting melody of Drawing Room sets the tone. The faster paced Fable buzzes with ambient sounds feeling like a song for a movie yet to be made.

Things really go up a notch on the quietly epic For Love as Warner introduces the melody before top class brass players Mike Lovatt, Dan Newell, Richard Watkins and Andy Wood riff off it before the composer brings it down to a quiet conclusion. On The Side sees the horns again to the fore almost submerging the piano.

This was the toughest of Warner’s three deliveries, and the solo We Came Home fuses a sense of relief they both made it back to the country as well as capturing the joys and fears of parenthood.

Amelia Warner’s deft playing and composing proves that moving from the stage to the studio can actually work.

Review by Paul Clarke, you can see his author profile here.