The Consequences Of Love review: A vivid and oddly entertaining memoir

The Consequences Of Love

Gavanndra Hodge appears to be the standard, posh, glossy-mag girl: a blonde Cambridge graduate who grew up in West London and became deputy editor of Tatler.

The reality is one that she reveals to few: she’s the daughter of an alcoholic mother and a drug dealer. As a child she inhabited the chaos of her parents’ addiction, staying up late to make sure her dad’s junkie clients didn’t set themselves on fire and clearing up their detritus afterwards; being shoved into the bathroom with bags of drugs while police banged on the door.

Her mother, a mess herself at that stage, left her to it. 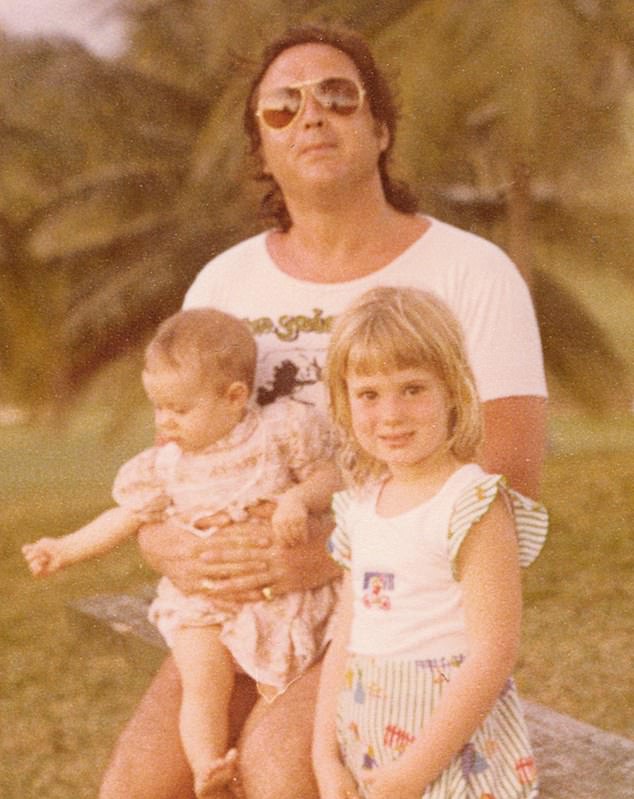 The author with her father and baby sister in Jamaica, 1980: ‘Dad paid for the trip by selling his life story to a newspaper. In it he claimed to have slept with 1,000 women in one busy year’

This is shocking enough, but the book begins with something worse, the defining event of Hodge’s life: witnessing the sudden death of her nine-year-old sister, Candy, from a rare virus while they were on holiday in Tunisia.

Chapters flash back to her childhood and teenage years from the vantage point of her outwardly successful, middle-aged self – a glamorous journalist in a secure marriage with two young children. ‘How can I tell people who I am?’ she asks.

She often drinks herself sick, has a fractured relationship with her mother, and can’t remember anything about her sister apart from the moment of her death. It’s when she is asked by her editor to interview a psychotherapist specialising in grief that Hodge realises she needs to confront the tragedy of her own life.

Her father, Gavin, dominates the story. At once monstrous and hilarious, he’s a demonic figure who greets her friends with ‘So, ladies, who wants a line?’ and has sex with some of them. (Her parents’ marriage breaks up when her mother discovers one of these affairs.)

Their relationship is complex and disturbing but also loving. He invites her into an adult world she is too young for, enticing her with booze and drug-fuelled lunches at flash restaurants.

As the book advances, Hodge comes to terms with the contradictions of this relationship and makes emotional advances with her mother. She also pieces together other people’s memories of Candy to come to a place of peace.

It’s a vivid and oddly entertaining memoir, a hand plunged into the dark hole of grief. While much of what emerges in her grasp is hard to look at, she also uncovers surprising treasures – most importantly, strength, resilience and love.

The Lady’s Handbook For Her Mysterious Illness

Sarah Ramey was 21 and a promising student at Harvard University when she came down with a painful but commonplace urinary tract infection. Doctors prescribed antibiotics, promising it would be zapped in days, but six months later Ramey was still in severe pain.

Her parents, both doctors, sent her to an allegedly top-notch urologist who botched a minor procedure on her urethra, leaving her in agony. Within hours, Ramey’s body started to ache and she passed out.

Back in hospital, she learned the procedure had given her blood poisoning. 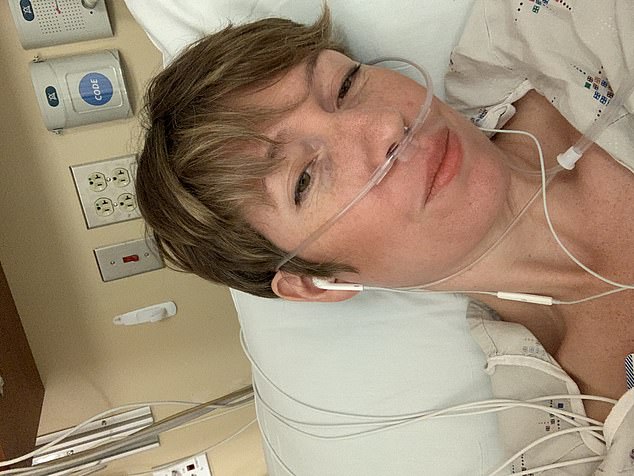 Sarah Ramey was 21 when she came down with a painful but commonplace urinary tract infection. Doctors prescribed antibiotics but six months later Ramey was still in severe pain

For the next decade Ramey’s health declined; careers, friendships and romances were impossible to pursue. She was constantly exhausted, her joints burned and skin itched, her digestion was in disarray, to mention just some of her symptoms.

Doctors, sometimes sympathetic but often hostile, failed to pin-point her condition. Many pronounced it was all in her head and sent her away with antidepressants or with antibiotics that wreaked havoc on her already weakened gut.

Ramey was what she slightly inelegantly calls ‘a WOMI’: woman with mysterious illnesses, one of an estimated 50 million women in the US alone (the UK has an estimated three million-plus) suffering from a chronic autoimmune condition.

Of these sufferers, about 75 per cent are female, probably because of differences in hormones and brain chemistry. ‘You most likely know one of us already – a co-worker, an aunt, a sister,’ Ramey writes.

‘She is addled, embarrassed, ashamed and inflamed. She’ll be reluctant to talk about the particulars but noticeably lacking in a solid diagnosis. Most people privately agree she actually suffers from an acute case of hypochondria.’

Ramey is furious that medics repeatedly ignore and belittle these patients. It’s unfortunate that her memoir’s publication coincides with a global pandemic, when many of us feel uneasy criticising doctors.

Still, as I learned when my then nine-year-old daughter fell desperately and mysteriously ill, many are at best dismissive when dealing with sickness that’s not instantly identifiable.

In Ramey’s case, some were shockingly negligent. Despite her hypersensitivity, one doctor refused to perform a biopsy under general anaesthetic, leaving her unable to walk from pain.

Yet he refused her pain relief, implying she was an addict pretending to be ill to score drugs. Another time, wires were drilled unnecessarily into her pelvis, after medics miscommunicated.

Today, Ramey is semi-cured, mainly as a result of drastic changes to diet and lifestyle. Her book is a tad too long and its literary style won’t be to everyone’s taste, but to millions suffering, it will be embraced as a long overdue rallying cry.

Flintoff cheered as I fell backwards with an almighty crash

From Will Ferrell’s Eurovision comedy to Succession & Bright Lights: The best on demand TV this week

From Will Ferrell's Eurovision comedy to Succession & Bright Lights: The best on demand TV this week