Bob Dylan’s first self-written album since 2012, Rough And Rowdy Ways may be energetically crafted and elegantly played but it lacks originality

At the grand old age of 79, Bob Dylan is still hungry. The minute lockdown happened, he released the longest song of his never-ending career. A 17-minute epic about JFK, Murder Most Foul became Dylan’s first Billboard No 1 hit, albeit in a chart called ‘rock digital’, which made it feel like winning the grandfathers’ race at sports day.

Now here’s his first self-written album since 2012. Rough And Rowdy Ways is a double LP, with nine tracks on one disc and Murder Most Foul on the other, in splendid isolation. It comes drenched in superlatives: at Metacritic, which quantifies reviews, it scores a perfect 100.

But then Dylan always attracts acclaim. He even managed 62 on Metacritic with Christmas In The Heart, which subjected much-loved carols to murder most baffling. As at many of his gigs, he appeared to be having a laugh at the fans’ expense. 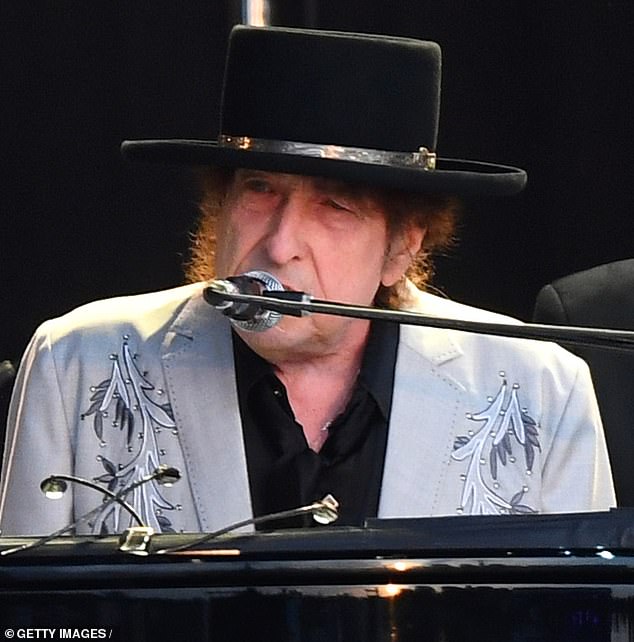 Bob Dylan has released his first self-written album since 2012. Rough And Rowdy Ways comes drenched in superlatives but there is one thing missing: originality

This album, by contrast, is elegantly played and energetically crafted. Dylan’s voice may be weary, but there’s a spring in his pen. His days as a ZZ Top tribute act are gone. Half-speaking his verses over a sparse, warm backing, he exudes battered dignity.

There’s just one thing missing: originality. The only memorable tune is I’ve Made Up My Mind To Give Myself To You, lovely as a lullaby. And the words, while polished, are often secondhand.

Dylan used to write lines that other people quoted; now he writes lines that quote other people. Rough And Rowdy Ways is borrowed from Jimmie Rodgers. I Contain Multitudes, coined by Walt Whitman, rhymes with ‘all the young dudes’, copyright David Bowie. As a magpie himself, Bowie might chuckle at that.

Dylan knows his music history, but he’s not adding to it any more. A colossus who once changed the world with his art has settled for making collages.

The despots’ chefs who diced with death